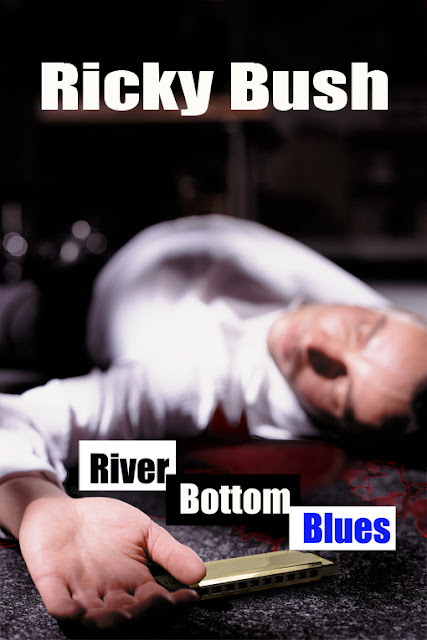 River Bottom Blues--A crime novel for blues fans is due out sooooon!
Really. It is.
Posted by Ricky Bush at 1:54 PM 2 comments: 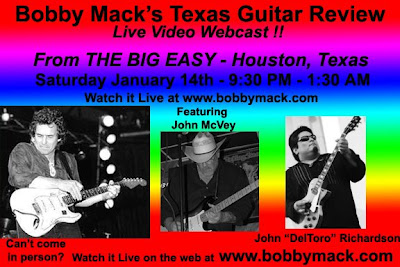 I'm quite late with this, but, if you want to witness three of the "Best Damned Blues Guitarists in Texas" get down with it "LIVE" head to the Big Easy in Houston tonight (1/14/12) or tap into Bobby Mack's live stream at http://www.bobbymack.com/ It's is definitely the next best thing to being there. These guys seriously bring it to the blue table.
Posted by Ricky Bush at 10:26 AM No comments: 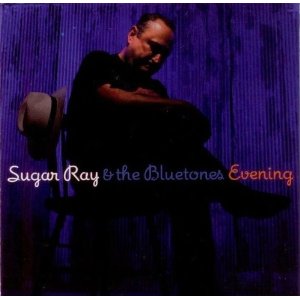 THIS is more like it! This is what drew me to Sugar Ray Norcia way back when and why I've followed his career ever since. I've got most of Sugar Ray's recorded output, with and without the Bluetones, and I've always preferred the releases on which he get down and dirty, nitty and gritty with his harmonica tones the best. Oh, I've found his work with the Roomful of Blues pleasant, and his forays off into Sinatra-land enjoyable enough, but the straight ahead, down-in-the-alley blues is just where my blues taste buds reside. The low down, gut bucket stuff, and the scruffier, the better.
Now, for the better part of the last decade, Norcia would stick such a blues on his albums here and there, but Evening is chock full of prime cuts of nasty. All one has to do is listen to the two cuts that bookend the album to know that this is all about gettin' down with the grit. The Johnny Young penned opener, "I'm Having A Ball" fires a heavily distorted amplified first shot---and it's also heavenly amplified. Norcia is ripping tones out that sound as if he's trying to emulate what Pat Hare had going on with his legendary distorted blues guitar back with Muddy and the Wolf.  Norcia also gets a gritty timbre happening in the vocal department, which belies the velvety smooth chops normally associated with him. He does a darned good job of sounding eerily like the song's author, as the Bluetones employ some of that good ol' Chitown ensemble playing where everyone is threading their instrumental sounds around each other's grooves. Especially effective is orginal Bluetones' piano pounder, Anthony Geraci, who lays down a good Otis Spann impersonation. It the nasty that Norcia's getting from his harp that does it for me, though. I don't know exactly what he's playing through, other than he credits Sonny Jr's Four-Ten amp, but he's got to be processing some of that dirtyness through a pedal or two. That's my guess anyway. He gets down and dirty throughout the CD, but nothing touches the rock bottom grit coming out of the speakers on this tune. Perfect start.

The last cut "XO" is just one of those fine ol' amplifed harmonica instrumentals in the vein of his mentor, Big Walter Horton, or Little Walter, or whoever. Just kickin' sold lick after lick played like the masters played 'em back in those Chicago clubs in the '50s. It's apparent that he's having a ball and he shouts through his harp mic, "Let's take it home brothers and have a good time with it now".

In between, Norcia does vary slightly a time or two from the all out amped up harp assualt, such as when he almost made me forget Otis Rush when he lights into the Willie Dixon penned, "You Know My Love" with vocals that are just as deep and tortured as the original. "Monster" Mike Welch, who has been in and out of the Bluetones over the years, does just as much justice with his string bending. This is only one of two songs without harp at all added to the mix, but Norcia's vocals, like Rush's were, is as much of a blues instrument as his harp. The other is "Dancing Bear (Little Indian Boy)" with Norcia opening up with a Native American riff on flute. Sounds strange in the beginnig, but quickly segues into a swinging shuffle, with Welch's taking over with some nice Gatemouth Brown type riffing on his guitar. Another departure is "Dear John", as in one of those letters, and it lopes along pleasantly in a country/western groove with Norcia supplying some melodic, but still gritty harp runs.

He adds to the variety by showing off his estimatable acoustic harp chops on  the lowdown, slowdown of "Too Many Rules and Regulations" and shows his wit with lyrical turns like They tell you don't do this, don't do that/If you eat too many calories, it's gonna make you fat. He puts down the harp mic for "I Came Down With The Blues", which has a "Look Over Yonder Wall" feel to it and a Junior Wells' vibe. The title tune, "Evening", breaks out the chromatic harp for some minor keyed, laid back stuff. This, and the Dixon/Johnny Young tunes are the only covers on the twelve track program. The rest of the tunes showcase Norcia's skill as a tunesmith, along with the Welch penned, "Hard To Get Along With" and bassman Mudcat Ward's "(That's Not Yet) One Of My Blues", both of which are solid blues. Welch's number would fit well alongside of Floyd Jones' "Stockyard Blues" in the Chitown blues tradition.

Well, anyway, I do believe that this will go down as my favorite Sugar Ray Norcia release just because of the sheer number of times that he decides to get down with the nasty ol' gritty amplified blues harmonica. Oh, yeah, and of course he's singing his butt off  with a more gut bucket approach than he's ever done before. 'Nuff for now.
Posted by Ricky Bush at 1:12 PM 5 comments: