Ya know, I really can't recall my resolutions from last January. Maybe it's because I rarely make any. I do think I did make a few last time out, but if I did, I certainly didn't write them down anywhere as proof. So I don't know if I met those goals. Gonna change that today, because I'm jotting down a few here. I doubt if I go back a year from now and check to see if I did 'em or not, but they be recorded for posterity...or whatever.

SECOND--Some of those posts would be reviews of some CDs that I've been meaning to review such as:
Evening by Sugar Ray and the Bluetones, Live In Boston 1966 by Junior Wells & The Aces, The Bull Creek Sessions by The Moeller Bros, The Little Elmore Reed Blues Band, and Choice Cuts by Big Pete. I'll just say right now that all of these are worthy editions to anyone's blues library...just in case I don't get around to reviewing them.

THIRD--Stay busy writing, writing, and writing. Even though River Bottom Blues hasn't hit the market yet, my second book in the series is ready to go and I need to get more of the third down on paper. RBB should be out by the end of January (I'm thinking anyway), so I need to also focus on putting a marketing/promotion cap on the ol' head and figure out the best way to get the word out to readers.

FOURTH--Try to get out there and see more live blues in action.

Hubert Sumlin has left us at age 80. One more blues legend of several that we lost this past year, and one that no one will ever replace or duplicate.

No one played blues guitar licks like Hubert Sumlin. IMHO he was the most innovative blues guitarist to ever walk the planet. All one needs to do is listen to enough recycled, 12 bar, I-IV-V blues progression licks to know that Sumlin came from another dimension when he applied his fingers to the fretboard. No where can one hear the type of things that he pulls off on classic Howlin' Wolf cuts, such as "Smokestack Lightning", "Killing Floor", or "Spoonful" and how they give snap, crackle, and pop to Wolf's brand of blues. He'd ride Wolf's rhythm and then throw down total surprise riffs that slipped out of nowhere, or outer space. Like most blues fans, it is the Wolf albums that define Hubert Sumlin, but he did have a very long and distinguished solo career. I have a good number of his solo efforts, like Hubert Sumlin's Blues Party, Healing Feeling, Heart and Soul, and Wake Up Call. All of them have remarkable examples of Sumlin's brilliance, but they don't hang together as well as a couple that I'm listing here. 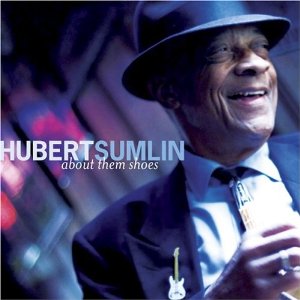 I was reluctant to purchase About Them Shoes because I thought would be one of those star studded affairs, where the guests out shine the hosts. I should have known better and that folks such as Eric Clapton, Levon Helms, Jame Cotton, and Paul Oscher would defer to the master and let him shine, and shine he does on a set dominated by songs associated with Muddy Waters instead of the Wolf. Of course, Sumlin did have a short stint playing in Waters' band when he and the Wolf fell out for a bit. 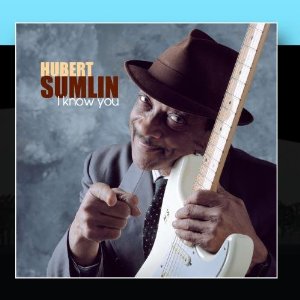 I Know You has Chi-town harp master Carey Bell on board (who passed away not too long ago) and they cover a bit of Wolf territory, standard Chicago blues stuff, with a little Bo Diddly thrown into the mix. The folks at APO records really brought out the best of what Hubert Sumlin is all about on this release. 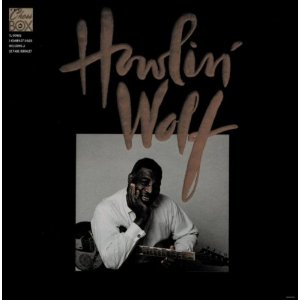 Of course, Howlin' Wolf's complete Chess stuff is the mother lode of Hubert Sumlin's shining examples of why every blues guitarist since has deferred to the man with the wry smile on his face and a twinkle in his eye.
Posted by Ricky Bush at 10:46 AM No comments: