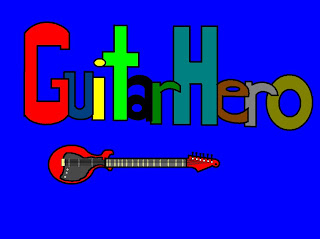 I took my son John out looking at electric guitars for his birthday. He's been holding up his part of the bargain by practicing on his Washburn classical acoustic steadily and is progressing quite well. His mom wanted him to take lessons before we sprang for a guitar, but he hasn't had the time, yet, and he has balked at the idea. He'd rather just pull up one of the vast quantities of youtube vid lessons and pick away. Amazingly useful technology happening today. He's picked out Tears in Heaven within a few days by doing that.

So, we headed to the two shops that stock guitars in any kind of numbers withing a 50mile radius from us. I grabbed a CD on the way out the door that I knew had plenty of guitar licks for him to listen to during the drive. He's slowly beginning to listen a bit more carefully to the old man's music than before. He quickly gained a appreciation for Peter Green's guitar skills from disc one of a 3 CD compilation called Fleetwood Mac Men Of The World/The Early Years released in 2005 from the Sanctuary Record Group.

I explained how much of a stone cold blues band these English cats were back in the day. That was sort of lost on him because he's never really listened to post-Peter Green Fleetwood Mac with diva Stevie Nicks. Now, my daughter and son-in-law (who are in their 20's) were floored when I played the same on the way to take them out to lunch during our trip. 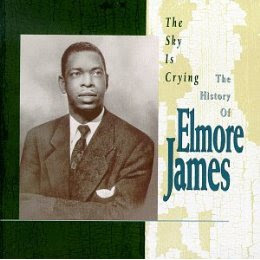 I went ahead and explained to him just how close Peter Green was nicking at BB King's guitar style and that he needed to pull out my BB collection. I also pointed out Jeremy Spencer's love for Elmore James' slide skills informed what he was all about.

All this got me to digging through some of my stuff when we got back home to set out for him to get into. Of course, he's been listening to and ignoring my blues most of his life, but I don't think he realizes that not all of my stuff is harpcentric.

Since I greased the wheels with that set from the Englishmen, I pulled out John Mayall's Bluesbreakers with Eric Clapton to continue his lesson abroad. To counter with an American counterpart, Mike Bloomfield's slinging on the first Paul Butterfield LP had to be thrown down (yeah, I know--it has blues harp). The BB King Flair compilation Do The Boogie/Early 50s Classic should provide ample proof of his estimable influence on those guys. 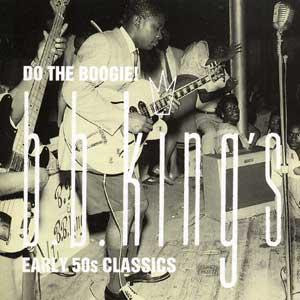 Since he had heard the Allman Brothers' licks on the Guitar Hero game (remarkable how many youngsters have gained an appreciation for classic rock through that series), I pulled my old record of the Brothers' first album off the shelf. I'd forgotten just how quickly I had to turn the album over to continue listening to Duane Allman's superior skills on slide. That prompted me to search for my cassette copy of Rhino Records The Sky Is Crying: The History Of Elmore James--wonderful, wonderful. I've got tons of blues cassettes from the period of time when the LP faded from planet Earth and my refusal to buy a CD player.

I had already sat him down and force fed him 17 Original Greatest Hits from a Freddy King tape once he indicated that he wanted to go electric. Since he's familiar with Stevie Ray Vaughan, since I have most of what the man recorded, then I might as well tie him down and get him into Albert King by playing the recording of the two in the studio. Then I'll slip the Stax stuff his way. And maybe also towards the other brother Vaughan and Jimmy's tasteful T-Birds picking and his unique style on his solo albums. 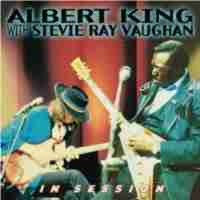 I can point him to my stack of Buddy Guy, Otis Rush, and Magic Sam before getting into some of the more modern guys. I'd forgotten just how good Bobby Radcliff's playing is on Blacktop Records Dresses Too Short until I dusted it off. Of course John's got to have a dose of fellow Texan Anson Funderburgh, even if his partner is a blues harp man and then I can bounce back to Albert Collins to show him what a Telecaster master can do with the blues. Then, I can turn him loose to dig deeper into my vault. 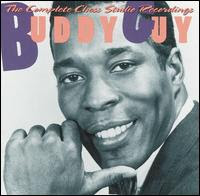 Of course, I'm doing all this so that when he plugs in around here that maybe he'll give me something that we can jam together upon and not something that'll drive me out of my ever loving mind. We'll see.

Back to the trip to the guitar shop. We ran across a relatively new addition to the Strat clone zone by the name of Cruzer by Crafter, which is priced along the lines of the Fender Squier. John like the touch and feel of the Cruzer over the Fender budgeteer, so we'll probably go with it and pick it up next week before his 16th. I think it'll suffice as a starter model. I think he'll go for lessons from the shop owner also. Of course, I'd get him into a standard Fender Strat if my money didn't argue otherwise and besides, if he gets into playing heavy metal, I won't feel any pain by chunking the cheap one in the dumpster. Anyway--p.s. That's John artwork from quite awhile back at the top of the post.
Posted by Ricky Bush at 4:42 PM