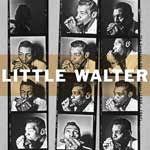 Well, well, well. Little Walter has been nominated for a Grammy. Ain't that something? The Complete Chess Masters (1950-1967) got the nod for Best Historical Album. This is not stuck away in the blues category, but competing across the entire music spectrum. Now if he can beat out Woodstock--40 Years On: Back To Yasgur's Farm, then the greatest blues harmonica player EVER will gain a bit more well deserve mainstream acceptance. Woody Guthrie or Sophie Tucker could slip up on him, but to me NOTHING beats the importance of the Little Walter stuff that I blogged about when it was released. 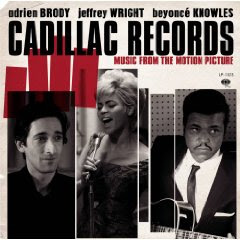 I've never been a big Grammy fan, but it sure is nice to see the members making some sense in their selections over the last couple of years. Great to see that the Cadillac Records soundtrack with Kim Wilson, Barrelhouse Chuck, Billy Flynn, and Eddie Taylor Jr. received a nomination also, and since one of Beyonce's 10 nominations is on that soundtrack (she played Etta James and torches At Last), then maybe it has a chance to be heard by the multitude's and it's not in the blues category either. Whatever happens, it is nice to see blues music getting a little more recognition. For a complete list just go here.
Posted by Ricky Bush at 7:43 PM

Ricky - Check out the two disc set, Chicago Blues: A LIVING HISTORY. It's totally bad ass and features some fantastic tunes originally created by the heavy hitters of Chicago Blues done by some of the best artists Chicago has to offer. It's killer stuff.

Hey Joe--
Yeah, I've had my eye on that one. I've listened to a few cuts and you are right--Killer. I DO need to get it.