I finally got around to emptying out my briefcase full of teacher stuff. It only took a year. I had it fairly well packed with things that I cleared out of my desk drawers before I left for retirement. Basically, I did just as I said. I emptied it out and haven't really sorted through the contents. So, the stuff will most likely sit in the box I emptied it into until a later date when I get the inclination to do something else with the stuff. In the mean time, I transformed the case into a harp case and thought I would post the proceedings. 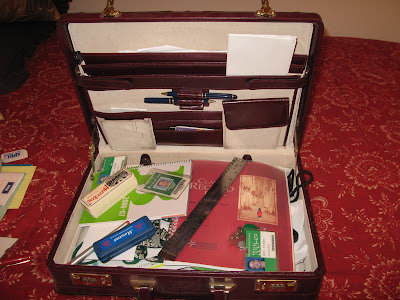 I had ordered a foam kit (from an eBay vendor) that seemed to be appropriate for the project. The kit can be utilized for a camera or gun case. Pretty sure that it's designed for a Halliburton brand hard case. I'd reveal where I got the foam kit, but I didn't pay attention to the shipping and felt the $16.22 to ship something as light weight foam was way too steep, so find a better source than I did.

I chose the kit because the foam dimensions were really close to the briefcase's and it did come complete with a stainless steel serrated blade knife for cutting the slots. The kit had three layers of foam of various thickness, with one being egg crate style. 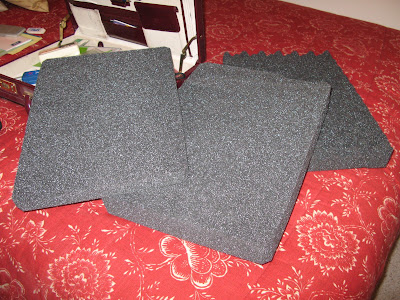 I did have to trimmed just a bit from the sides and the thickest pad was just too thick. I utilized the egg crate pad for the bottom and cut slots in the thinner layer. I chose to cut slots to fit Hohner Marine Bands in their plastic cases because I really don't know how well this foam with hold up prior to flaking, which I'd rather not have in my harp holes. My old Hohner case began doing just that. It won't hold as many harps as it could, but all that I need at any given time. I couldn't find the chromatic's case, so its slot fits the actually harp. 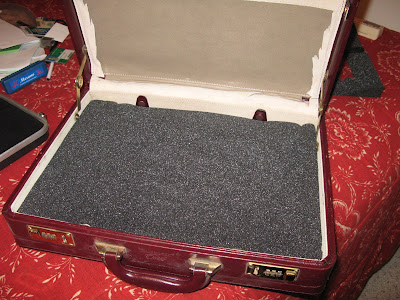 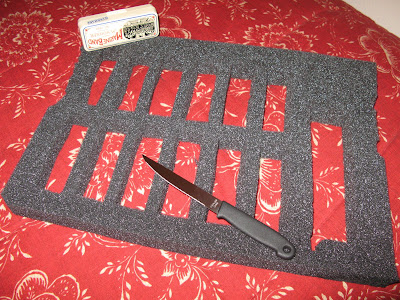 I used a metal ruler that had a width just about the same as the harp cases and trimmed the slots out with the serrated knife which worked well. I still need to pick up some rubber cement to glue thing down snug. So, basically I have a case that is much larger than the little Hohner case with the same harmonica capacity. It'll work, though. Anyway-- 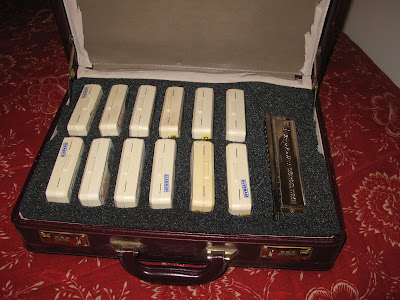 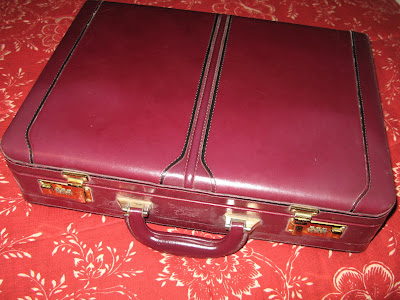 Wow, that is the kind of briefcase I would want for me, have recently bought one from briefcasesdirect.com. It's really cool and stylish.